This was the 8th morning in a row that I’ve looked out the French doors to see this!  Every day I replant the container, sometimes having to replace flowers that are too damaged to stay.  Every night a raccoon digs it all out.  Damage is not confined to just this planter, but the other 5 planters on the deck are also targets. 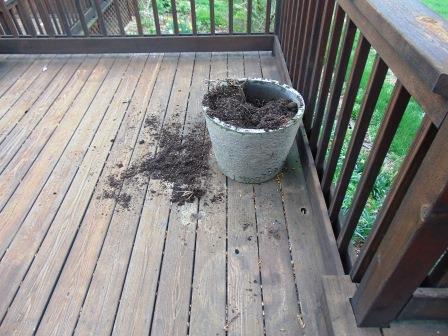 They knocked over the smaller ceramic planter near the garage side door and now it’s cracked. 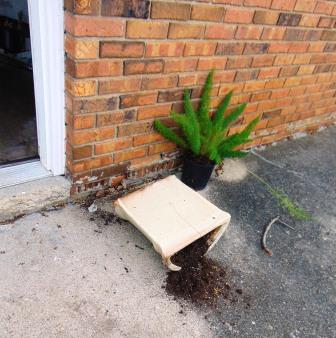 And they are not content to just dig in containers.  Saturday night raccoons dug out nearly all the things I’d planted earlier in that day in the potager …64 snapdragons, 96 calendulas, a dozen broccoli, several tomatoes and over 40 of the viola edging plants.  That was the last straw!  So, I set a live-trap, baiting it with popcorn, and caught a raccoon which was relocated far, far away.  The next morning all the prior damage was repeated!  They even began digging out the shallots that have been in the ground a month! 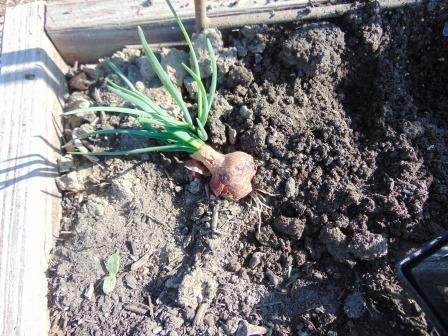 The trap was re-set and baited with popcorn and peanut butter….and another raccoon was caught and taken for a joy-ride.  But apparently his friends had another busy night.  Look over all the photos again, because that is what I saw this morning, plus all the things I planted yesterday in the potager

were lying on the ground.  Flats were tipped over. 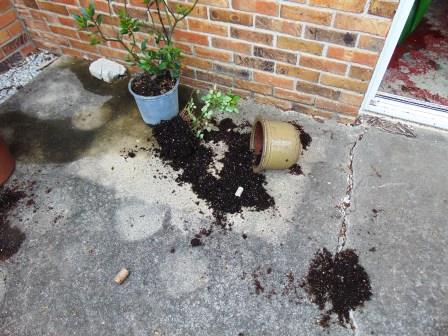 And, they dumped most of the containers that were by the patio doors as well.  I’ve borrowed a second trap from my neighbors.  This is WAR!

On the plus side…did you see how beautifully green the grass is?  And the fact that it is warm enough to even plant the containers is wonderful.  See, I’m trying to be positive!

A former professional herb and lavender grower, now just growing for joy in my new potager. When I'm not in the garden, I'm in the kitchen, writing, or traveling to great gardens.
View all posts by carolee →
This entry was posted in critter control, garden pests, Uncategorized and tagged critters, gardening, Potager, raccoons. Bookmark the permalink.