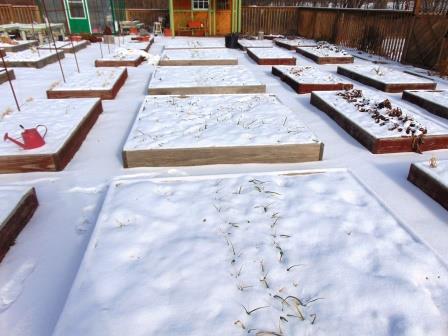 As the second year of the potager ends, it is time to evaluate the successes and failures of this past season.  Yes, even after over fifty years of gardening, there are still failures, and that’s okay.  Once it was cause for dismay, but now I view it as a learning experience, or actually as a gift.  Not everyone, especially those my age are blessed with a garden.  And we as gardeners must always remember that a garden is not like a painting, or a book, or a sculpture that at some point is “finished” and will always remain so.  A garden is a living, breathing piece of art that is constantly growing, maturing, fading, and bombarded by whatever Mother Nature throws at it.  We gardening artists constantly practice and perfect our skills as we refine, renew, exchange, and harvest…all good things.  And in the process, we have more fun than anyone else!

So the 2017 season began well, with the springs bulbs about on their “normal” schedule and the first seedings and plantings just a bit later than last year, although heavy rains in late winter caused some bulbs to rot and delayed planting a bit.  The time spent installing bubble wrap insulation in the greenhouse paid off with better plants, especially since winter lasted a bit longer than last year.  Poor weather definitely delayed hauling in mulch, and the grass was tall enough for making hay before we could mow.  Things were plugging along when we had a late HARD freeze that resulted in no gooseberries at all, most strawberry blossoms and early fruit frozen, and damage to some of the early crops.   Some broccoli plants never did form heads or even side shoots!  Only 2 beds were covered with protective cloth, but the freeze was so hard that even those two suffered damage, so I’m not sure my lugging more rolls of frost cover would have helped. 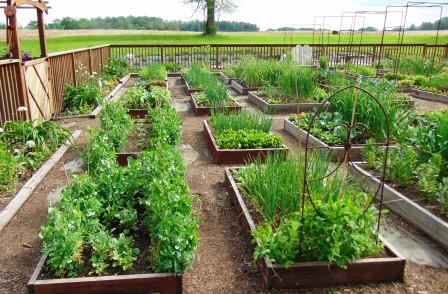 However, the pea crop was wonderful, as well as early beets and greens.  The elderflower and elderberry crops were huge.  The favas were slow, but I did get a small, delicious harvest that makes me more determined to do it better next time.  The weeks passed with a terrific garlic and shallot harvest, and more than enough beets, carrots, onions, cabbage, beans, peppers, cukes, and tomatoes.  The timing on the melon crop was much, much better than last year.  Overall, I was a happy gardener as rains came when we needed them for the most part, and the crop timing was acceptable.  And, I got the lavender slope covered with lovely stone, which was a major triumph.

Then came time to start the fall crops, and I’d spent extra time last winter tweeking last year’s poor schedule, so plants were started earlier and grown into bigger pots until finished crops came out to create space.  Lots of fall greens, spinach, late carrots and beets were direct seeded.  Even a few late squash and melons were planted as a gamble/test.  Beautiful broccoli and brussel sprouts plants went into the ground.  I smiled as all the new rows germinated…..and then I went to France.  And the rains stopped.

I have lovely neighbors who water for me when I travel, but they are not experienced gardeners, and by the time they realized the plants in the ground needed water, it was too late.  They did a wonderful job on the containers, but most of the fall crops were either goners or too stressed to pull out of their funk in time to produce before freeze.  But, do I regret going to Normandy?  Not a bit!  I tried to salvage some fall plantings with a poly tunnel, but that was when my back went out, so it was never finished.  Maybe I’ll get it going next spring?  But, the fall carrots were terrific as well as the late lettuces.

The failures?  Not a single fall broccoli or brussel sprout was harvested.  The last beets and spinach crops only reached 2″ before killing freeze.  No pumpkins or winter squash this year.  However,  I’m happy.  The pantry shelves are filled with hundreds of jars; the freezer is stuffed, and I had wonderful, wonderful fun dreaming, planning, and actually doing it!  Seriously, runners run, golfers golf, etc., etc. but do they have a full pantry when they are finished?

So,  what are the changes for next season?  1.  Do a better job recording the harvest.  This was the first year for the potager’s harvest journal, with a total of 639.5 lbs officially recorded.  However, that does not include all that I ate while gardening (and that was significant amounts!) bags and boxes that I picked on the spot and gave to visitors, produce the neighbors picked while I was in France, over-done produce that wasn’t picked but went into the compost, and produce that I just forgot to record, or was too lazy to make a trip back to the scales after I remembered!  2.  Fewer shallots and more storage onions next year.  3.  Pea fencing for some varieties so the vines don’t crowd their neighbors  4.  Battle the squash bugs more effectively!  5.  Try again to get those fall crops productive.  6.  More favas and kohlrabi  7. Spend more time enjoying the garden, just sitting and inhaling!  8.  Take more photographs.

Keeping good journal records of plant varieties, planting schedules and amounts, harvest details, and weather notes helps but spending a bit of time actually evaluating those records, making comparisons, and drawing good conclusions is equally important in helping to prevent repeating mistakes and improving next year’s garden.  You may not get all of it right, but just fixing one or two, and actually realizing how much you did learn this season will help you grow as a gardener.  Herbal blessings, Carolee